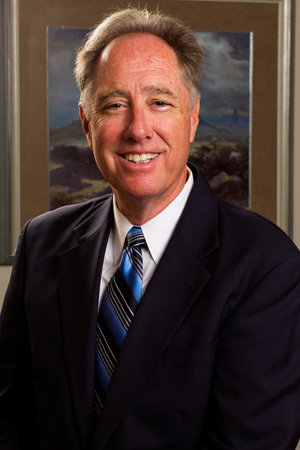 Mr. Nicholl joined PSRS in 1999, and currently holds the title of Vice President and Principal.  Mr. Nicholl started his real estate career as a staff appraiser, and later a production office chief appraiser for Home Savings and Loan where he supervised six staff appraisers. Mr. Nicholl began his mortgage banking career in 1977, with the Wallace Moir Company. While at Wallace Moir Company, he opened new production offices in Orange County (1978) and San Diego (1986).  During his career, Mr. Nicholl has produced loans totaling nearly $1.5 billion for 20 life insurance company correspondent lenders, plus numerous other lenders, both institutional and private. His responsibilities include the origination, underwriting, and placement of loans on all types of income properties.  Mr. Nicholl is affiliated with both local and state mortgage banker associations, and he was the president of the San Diego Mortgage Bankers Association from 1992 to 1993.  Mr. Nicholl is a licensed Real Estate Broker in California.  He is a graduate of the University of California at Los Angeles.  Go Bruins!