The Fed just lowered the Interest Rates, here’s why that matters

The Fed just lowered the Interest Rates, here’s why that matters 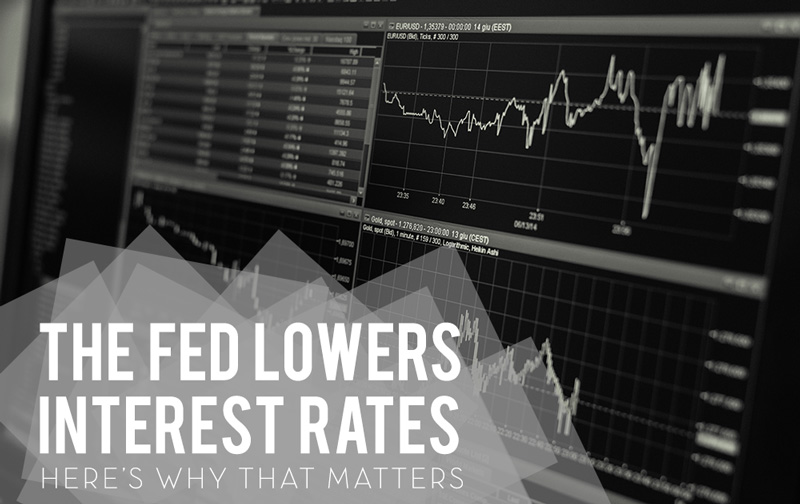 The Fed just lowered the Interest Rates, here’s why that matters:

The U.S. Federal Reserve lowered its benchmark rate by 25 basis points to 2% – 2.5%, signaling the first downward adjustment of interest rates since the 2008 financial crisis. Federal Reserve Chairman Jerome Powell said the move is “not the beginning of a long series of rate cuts” but the Fed kept their options open by saying they will “act as appropriate to sustain the expansion.” While it doesn’t directly impact commercial real estate loans that aren’t Prime based, it does signal that this low-interest rate environment may continue.

Why did they cut Interest Rates?

Unlike the interest rate cuts in 2008, these cuts are seen as a precautionary effort to protect the United States from slowing growth in China and Europe in addition to uncertainty over President Trump’s trade war. The Fed suggested its move was a small adjustment meant to help the economy weather uncertainty.

What does this mean for Commercial Real Estate?

One of the biggest potential impacts of the Fed’s cut may be one you don’t see: heading off a recession. If the move works, it could prevent the economy from weakening and forestall layoffs and other economic damage that could hurt workers and consumers. The rate the Fed reduced is the federal funds rate, which is what banks and other financial institutions charge one another for short-term borrowing.

Referencing a Globest.com interview, Ronald Dickerman, president of Madison International Realty states, “I think it’s a pretty responsible sort of thing for the Fed to be walking this tightrope and wanting to make sure it doesn’t trigger some type of monetary recession.”

“Our lifeblood is borrowing costs, and spreads over cap rates and interest rates. Positive leverage is one of the great benefits of investing in commercial real estate, especially when you have fixed-income returns, the 10-year bond at 2.1%,” says Dickerman. “You can buy at five or five and a half cap and finance in the threes and you can generate a very handsome current yield.”

With the 10-year treasury closing today at 1.89% and spreads still in the 100s, this type of positive leverage is readily available in the market for the right transaction.