Jonny Soleimani of PSRS moderated a Los Angeles Mortgage Association (LAMA) Luncheon last week where panelists discussed current opportunities in multifamily lending and the state of the overall market. Below are a few of the key takeaways that Jonny recorded from the event:

Were rates discussed during this luncheon, and if so, how are we seeing these higher interest rates affect the commercial real estate market?

Rates were discussed during the luncheon on a macro level. We had speakers from different segments of the lending market – agency, PACE, construction, etc. Beyond the consensus that rates will tick moderately higher soon, lenders in general are becoming more conservative. This includes lending at lower LTVs and requiring stronger borrowers. However, there is still an opportunity for each lender going forward. For example, on the construction side, the cost of some materials such as wood has dropped precipitously from a March 2022 high of $1,400 per 1,000 board feet to a low of around $400 per 1,000 board feet. I don’t know if anyone is claiming a correlation/causation relationship to the treasury which generally began skyrocketing around the same time. Nevertheless, developers are theoretically better positioned to weather excess financing costs if a) their cost of some materials has dropped; b) there is a sentiment that in addition to materials cost, labor will also be cheaper because there will be fewer jobs available in a generally downward-trending market. Even if rates rise, this is an example of opportunities still present in the market.

On the permanent and bridge financing side, there is a genuine worry. There are many bridge loans that were made within the past three years, and specifically in Q1 of this year prior to the treasury increasing significantly, that were underwritten at the time to a permanent loan with a rate much lower than what has transpired in the market. As a result, even after stabilization, permanent lenders cannot get to the current loan balance. This puts borrowers into an uncomfortable position of having to do what’s called a “cash-in” refi in which they would have to pay down a portion of the loan balance to make a new, amortized loan work at a much higher rate than expected. Borrowers that made permanent, but variable-rate loans are experiencing their cash flows evaporating as their debt services rise as have rates. Many of them are also struggling to get out of their variable rate loan into something fixed.

How are lenders currently pricing multifamily? Has there been a rise in the level of competition in this asset class?

Construction has been dialed back a bit from the 70%-75% LTC range to 65%, maybe 70% LTC on the bank side. Lenders in general will usually price a spread over WSJ Prime, SOFR, or another index, currently resulting in a rate in the high 7’s–low 8’s. In general, stabilized multifamily is priced between 150-170 basis points over the 10-year (for those priced over the treasury) on a low-leverage deal, and closer to 180-200 basis points over the treasury for a moderately-levered deal. There are lenders that price much higher than this but offer their borrowers something in return that a lender priced lower may not offer, such as non-recourse or a flexible prepayment penalty. Those priced over the 5-year treasury quote similar spreads. Those priced over WSJ Prime or on variable-only programs are simply uncompetitive right now. There is tremendous competition for multifamily as a residual effect of increased housing costs has resulted in more people renting, with demand expected to trend upwards. However, there is no pricing premium for an asset class in which demand remains high. This is partially a function of market volatility.

When treasury goes up, lenders try their best to compress spreads to keep rates competitive. With corporate bonds increasing due to said market volatility, however, this has created a problem. Mortgages are usually priced above corporate bonds due to their illiquidity. With the rise in corporate bonds, it is much harder for lenders to compress spreads to keep rates competitive. This only pertains to lenders that price over the treasury. The coming year will be one in which life insurance companies will be most competitive on multifamily lending, specifically lower-leveraged deals, as banks, credit unions, and agencies are now becoming somewhat of a moving target and can’t do what they used to for even their top clients that keep significant deposits with them. Many banks have already funded their entire deposits or cannot lock rate until 60 days down the line at either approval or loan doc signing. There are some that offer a rate-lock option, usually for a fee, sometimes credited at escrow. Life insurance companies simply don’t have these problems – they can lock rate at application, don’t ask for deposits, and provide the easiest execution.

Were there any other takeaways from this LAMA Luncheon?

Everyone is very quick to jump to conclusions in what they consider a “doom and gloom” market. Yes, rates have gone up and transaction volume has slowed down. However, there is opportunity in every market and contrary to those who took out high-interest rate and/or variable rate loans and “added value” by borrowing cheap money, there are those on the other side of the coin that remained patient whether they transacted or not by sticking to the fundamentals. Those that have capital and can close all cash will probably have ample opportunity in the next year as many deals that don’t work anymore come on the market at higher cap rates than we are used to seeing. There is still tremendous demand for multifamily, but market inefficiencies when it comes to capitalizing on that demand. PACE financing, mezzanine financing, and otherwise creative structures are going to have a stake in the coming year as they creatively devise solutions to problems resulting from rate hikes. 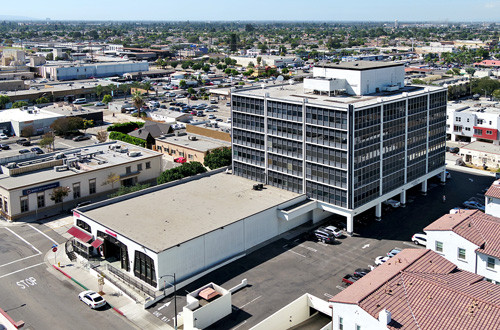